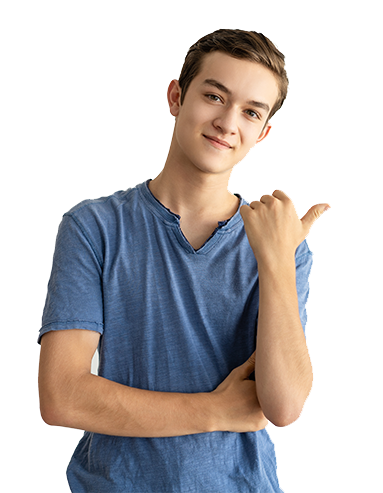 In 2013, the city of Ahmedabad, in Gujarat State, India, adopted and has begun implementing the first Heat Action Plan in South Asia. This was the result of two years of research, engagement and awareness-raising carried out by IIPHG and with AMC and NRDC support. The HAP provides a framework for the implementation, coordination, and evaluation of extreme heat response activities in Ahmedabad. The HAP alerts those populations most at risk of heat-related illness that extreme heat conditions can exacerbate, and to take appropriate precautions. The HAP also includes active heat mitigation measures, such as the Ahmedabad Cool Roofs Program. Key components of the Ahmedabad HAP include:

b) Initiating an Early Warning System and Inter-Agency Coordination

A 2018 study evaluated the effectiveness of the Ahmedabad HAP before and after implementation. The findings suggest that the Ahmedabad HAP protected people against mortality associated with extreme heat. The study evaluated the HAP’s impact on all-cause mortality in 2014–2015 relative to a 2007–2010 baseline and found a decrease in all-cause mortality in the first two years (2014–2015) the HAP was implemented. Based on learning from the project’s first phase, and interest from other state and municipal governments in India, the next phase built on this momentum and deepen and expand action on extreme heat.

In Ahmedabad, phase 2 we deepen the impact of the action plan by ensuring it is firmly embedded within the Government system and reaching the most at risk. The Government supported to assess implementation of the plan to date, update and refine policies, and deepen implementation, for example by working with sectors and groups which directly affect the vulnerable (e.g. construction industry, police) and establishing an early warning system. We expanded and scaled out the Heat Action Plan. Engagement and technical support to the Gujarat State Government will mainstream heat-health action within the State Action Plan on Climate Change and sectoral policies and plans. The components of HAP also include active and passive application of technology to reduce indoor and ambient temperatures, such as increasing green cover and scaling up of cool roofs technologies. Lastly, through a dedicated learning and knowledge management component, the project leveraged national and other programmes to facilitate wider scaling-out.

The ultimate goal of this project is to improve public health and contribute to building cleaner, safer and more sustainable cities in India by tackling air pollution through city-level programs. The AIR Plan is a comprehensive air pollution alert and health communication system based on real-time data through an air quality index (AQI) system.

With this project, we aim to deepen implementation of the Ahmedabad program and explore scaling to other key Indian cities. First, we will further institutionalize the Ahmedabad AIR Plan within city government through monitoring, public awareness and control strategies. Second, we will leverage our relationship with the Gujarat Pollution Control Board to integrate city and state action on monitoring and control strategies through a series of focused workshops. Third, we will ramp-up cross-learnings from New Delhi and leading cities and explore scaling the AIR plan to other key cities. We will also continue to build capacity within our on-the-ground team, as well as among our partners working on air pollution and implementing climate solutions.

The main components of the AIR Plan are:

2) public awareness and communication outreach campaign, including a mobile app, email alerts and the development of Information, Education and Communications (IEC) materials in local language;

5) pollution reduction and mitigation, including development of an emissions inventory and a local expert working group.

The AIR Plan is unique in focusing on health as an entry-point that creates immediate and longer-term actions to increase preparedness, information-sharing and response to reduce the health impacts and drive mitigation.

Ahmedabad faces air pollution challenges and is implementing climate resilience efforts. This is a collaborative project between IIPHG, NRDC and IITM. Our experience as collaborating partners enables access to infrastructure, baseline environmental and health data, and technical expertise needed to execute the proposed research.

The project is an interdisciplinary analysis that aims to:

Indian Institute of Public Health Gandhinagar (IIPHG) is India’s first Public Health University. The Indian Institute of Public Health Gandhinagar (IIPHG) is working towards building a healthier India. IIPHG is an example of visionary leadership of Honourable Shri Narendra Modi (then Honourable Chief Minister of Gujarat), who laid the foundation stone and provided support for establishing the institute in 2008. Government of Gujarat and Public Health Foundation of India (PHFI) entered an MoU in 2007 to establish IIPHG. Under the MoU, Government of Gujarat allocated land and agreed to share a part of the project cost.